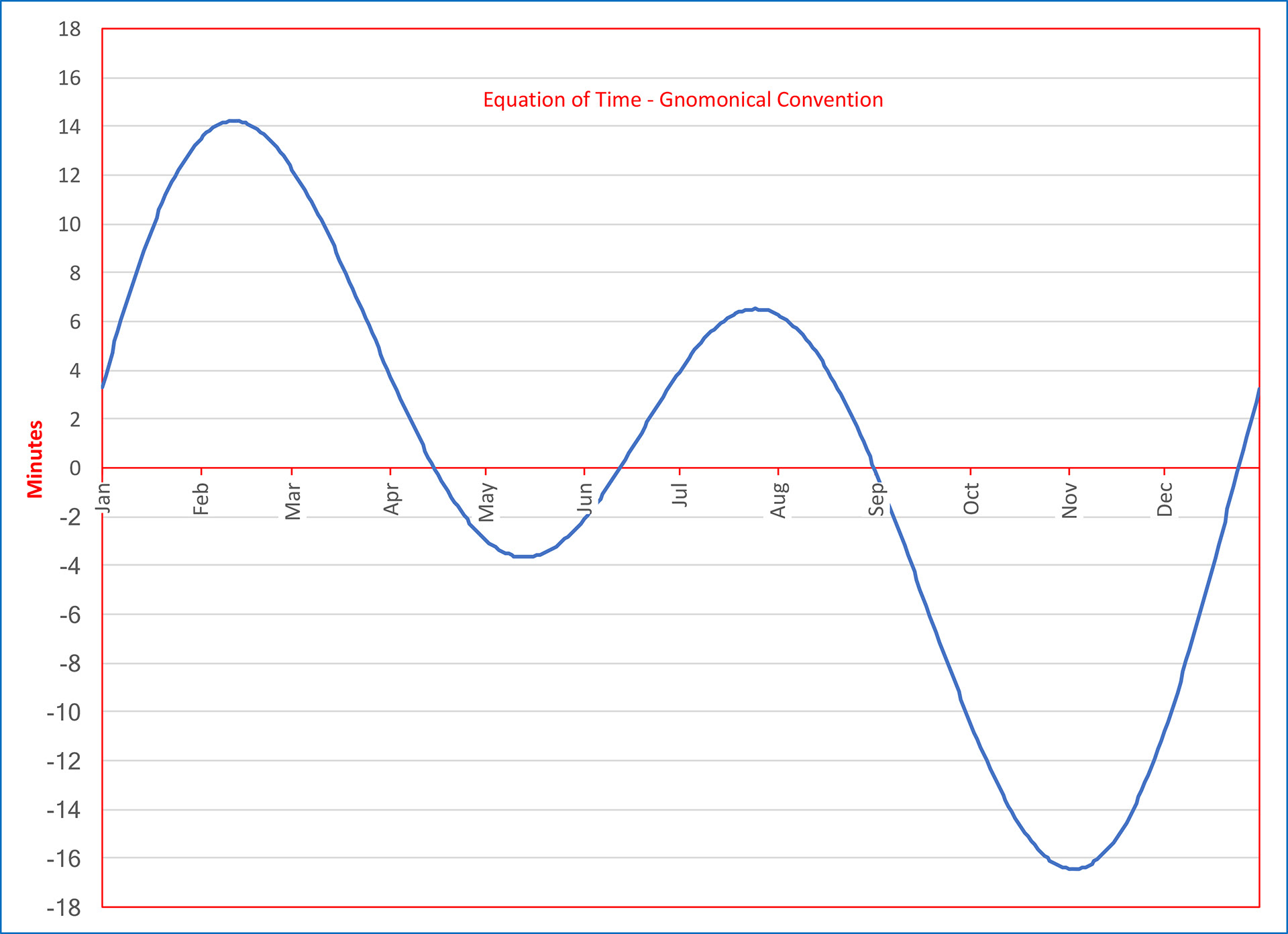 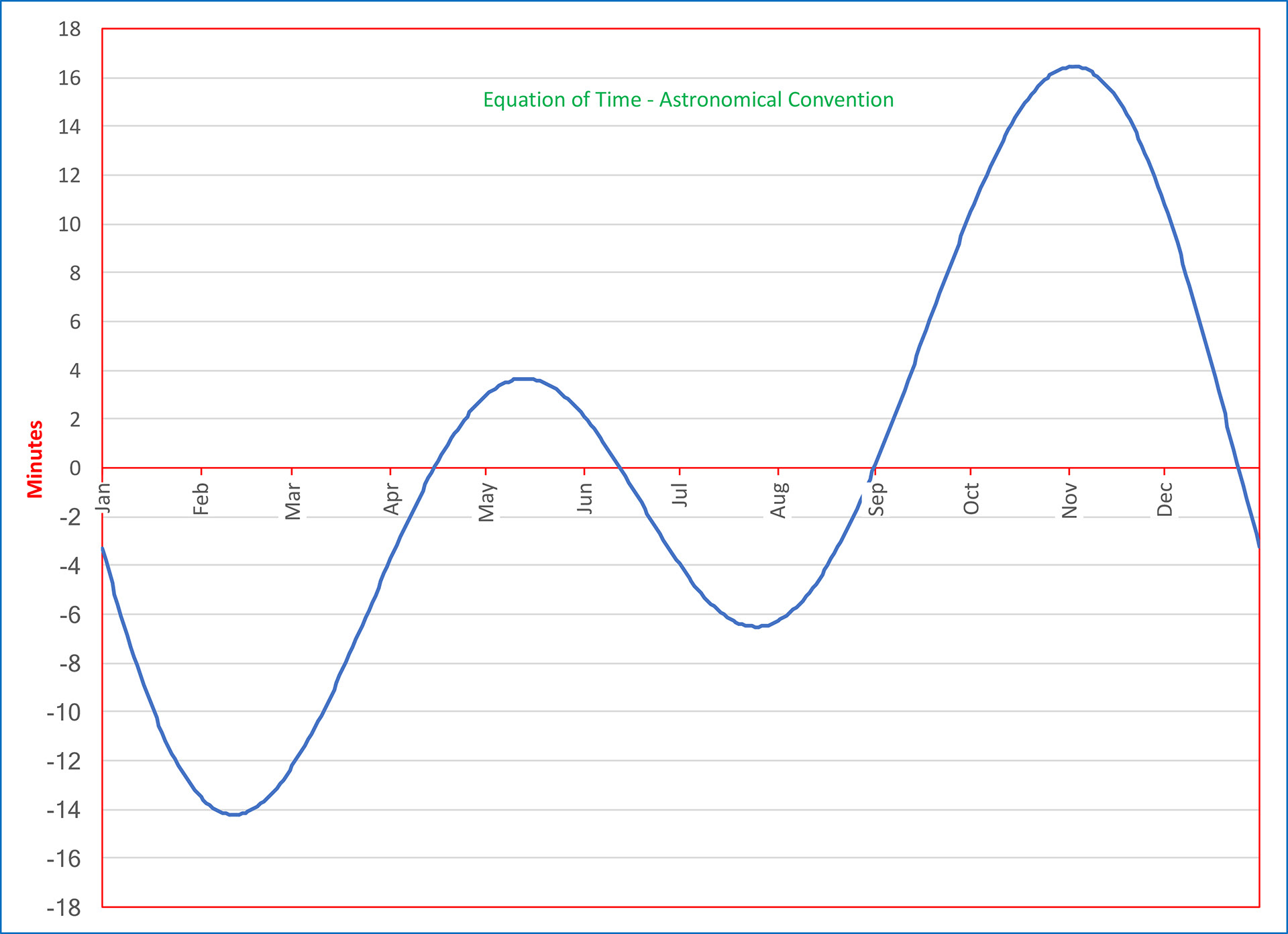 Marg Folkard's cast-bronze Dial on Mount Annan, Sydney. It has an Equation of Time Correction Graph included in the casting. It uses the Gnomonical Convention
www.sundialsaustralia.com.au
THE NAME
The Equation of Time or in its original form - Aequātiō Diērum - is common astronomical terminology. The 'Equation of .... xxx' means the difference between the observed value of xxx and its mean value. In astronomy, there are many examples e.g. the equation of time, the equation of centre, the equation of the equinoxes, the equation of origins, the equation of light.
In mediaeval times, Aequātiō Diērum or 'Equation of the Day' was used. Clocks were not accurate enough to differentiate between minutes. Only astronomers predicting lunar movements were concerned with the fact that the length of the solar day varies throughout the year, as discovered by Ptolemy in the 2nd C CE. (see the section on Ptolemy's invention - left).
APOLOGY
I have been collecting pictures of sundials for years and years. In many cases, I do not know who owns the image. if I have a photo that is yours, I ask your permission to show it and will acknowledge you. If you want me to remove the image, I will do so.

This image was drawn by the my father, when I was about 6 years old. I had complained that the sundial in the Rectory Garden never seemed to give the same time as his watch or his Church clock