To understand this subject, some background of time scales is useful.
ECCLESIASTICAL TIME AND UNEQUAL HOURS
Until medieval times, the time was told by 12 unequal hours between sun rise and sun set. Thus the daylight hours were longer in summer than in winter. These hours were used to tell prayer times in both the Christian and Muslim worlds. Such hours, however, are not relevant to the Equation of Time.
SOLAR TIME AND COMMON HOURS
In the 13th Century, the great Islamic mathematicians and astronomers discovered that, using a gnomon parallel to the earth’s axis, a sundial could be made that told equal length hours throughout the year. The Solar, Common or Equinoctial hour, as still told by most sundials, is defined by the solar day, This is 24 hours between two 'high-noons', - that is between two successive transits of the sun at one's location. The transit being when the sun is at its highest point in the sky.
But, as far back as 150 years CE, the astronomer Ptolemy correctly noted that the length of the solar day varied throughout the year. (See the page named Ptolemy's Invention). If the length of the day varies, then so does the length of the hour. Thus, the sun provides a time scale in which the length of the hour varies (just a little) throughout the year and is thus a non-uniform scale. From a technological perspective, this won't do.
Most Sundials tell Solar Time
LOCAL MEAN TIME AND MEAN HOURS
In the early 17th C and over the next century or so, driven by both the arrival of ever-increasingly accurate pendulum clocks, balance wheel watches and the navigator's need to find longitude, Local Mean - bit-by-bit - displaced Solar Time as the standard. Mean Time is a uniform scale.
Mean Time is related to the concept of annual movement of an imaginary Sun uniformly moving around the equatorial plane. (See ref 1 - Page 79 Explanatory Supplement). By defining time in this way, navigators would be able calculate their longitude. One cannot, of course, measure the position of an imaginary Sun - but one can easily measure the transit of various stars which also move uniformly around the equator, which gives so-called Sidereal Time. Mean Time is directly and mathematically computed from to Sidereal time.
In order to find longitude, Mean Time was specific to a particular longitude. Local Mean Time in Bristol (longitude 2.5° West) is 10 minutes behind Local Mean Time in London (longitude 0°)

Harrison's H4 Chronometer - whose invention allowed accurate Longitude computation.
NATIONAL MEAN TIME = CIVIL TIME
In the 19th Century, the newly arrived railways needed uniform timetables across a country. They also need train drivers and signalmen using the same time.  Added to this, the invention of the telegraph allowed time signals to be broadcast from central observatories across a country (and particularly along telegraph lines strung next to the railway lines). As a result, in the late 19th C, National Mean Time and the international Time Zones were introduced. Greenwich Mean Time (GMT) became the world standard.
Next, in the early 20th Century, Summer Time or Daylight Saving Time arrived in parts of the world, further altering the time read on one's watch.
Most Watches tell Civil Time 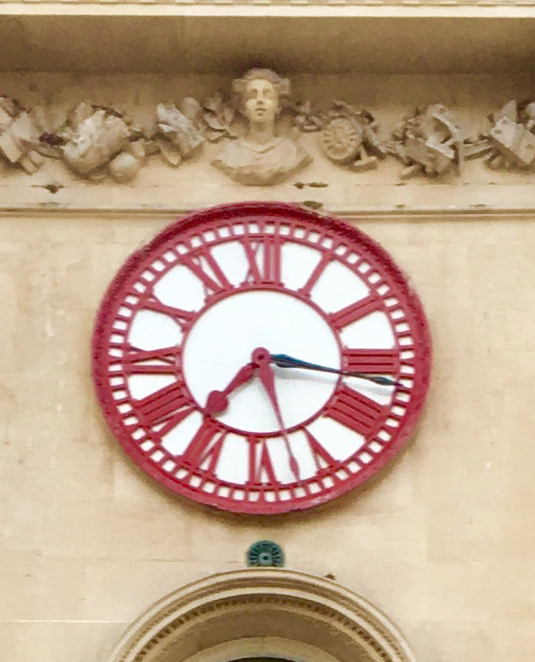 The Clock on the Corn Exchange in Bristol showing Bristol Mean Time (the Black Hand) and Greenwich Mean Time. Many cities resented the introduction of National Mean Time 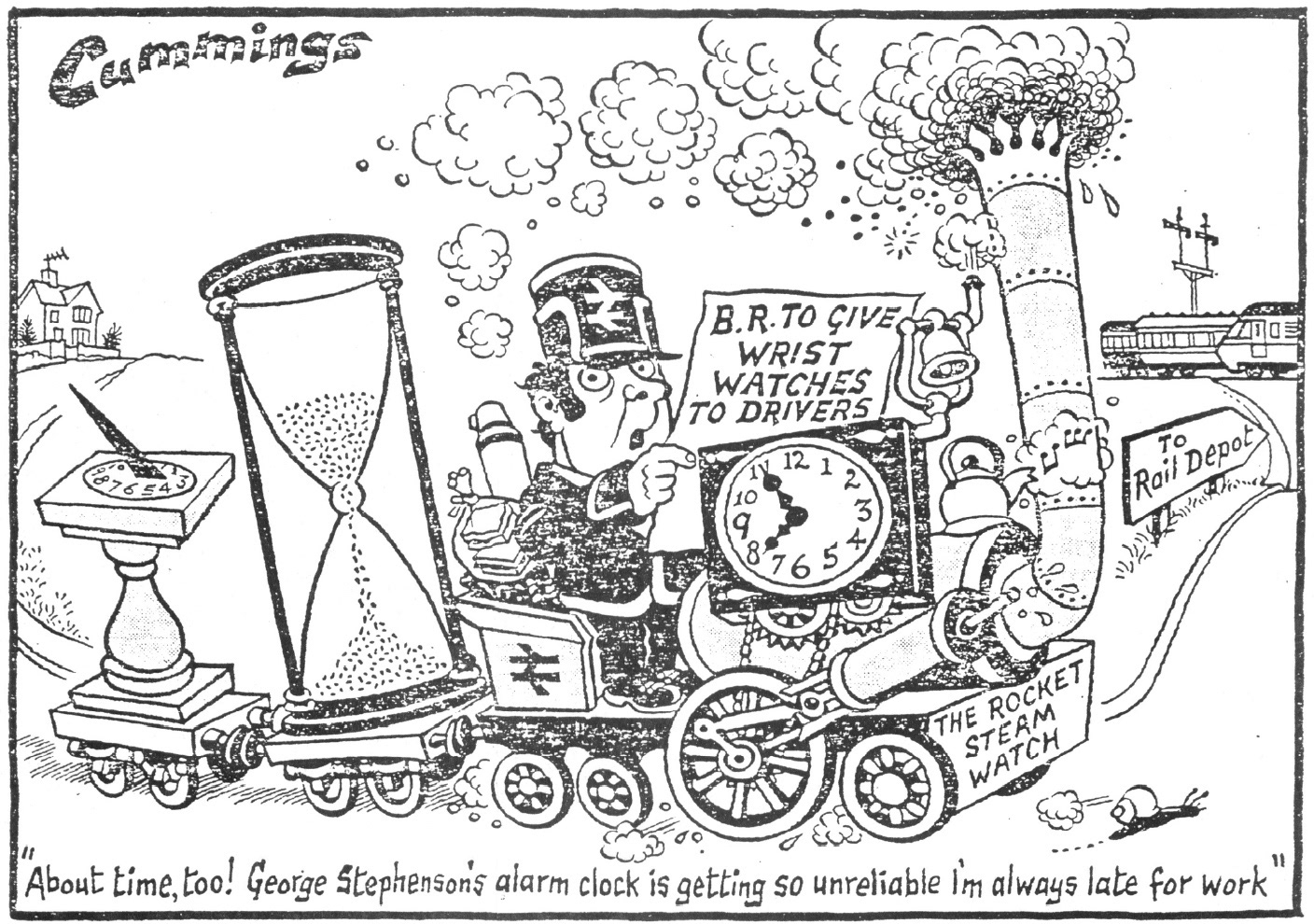 Cartoon by Cummings showing the influence of the Railways on Time keeping (B.R. = British Rail)​​​​​​​

Click to enlarge  and see captions
UNIVERSAL TIME COORDINATED
From the 1970s, Universal Time Coordinated (UTC) - which is maintained by atomic clocks all around the world - replaced Greenwich Mean Time as the international standard. But to all intents and purposes, - apart from a few leap seconds added to compensate for the slowing of the earth’s speed of revolution - UTC & GMT are the same.
Thus now across the world, the time on watches, clocks and phones - for legal purposes - should be....
Standard Time = UTC + Time Zone Hours (positive East of Greenwich) or
Civil Time = Standard Time + Summer Time (DST) hours, if in operation
IN SUMMARY

Universal Time is defined by the Earth's rotation : DUT1 is the difference between UTC & Universal Time 1 (UT1). If DUT1 becomes near to 1 second, a leap second is added to UTC. Thus keeping scientists in line with society.